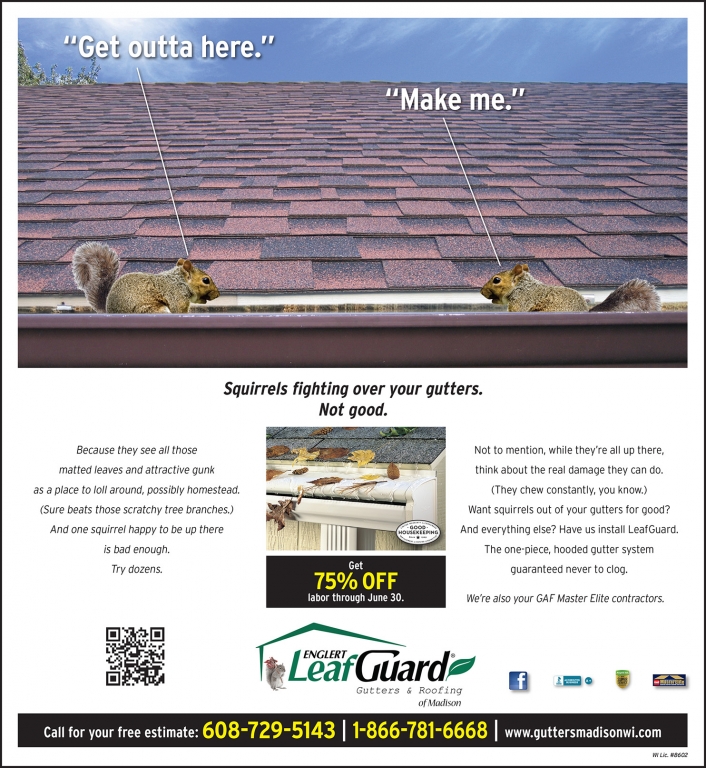 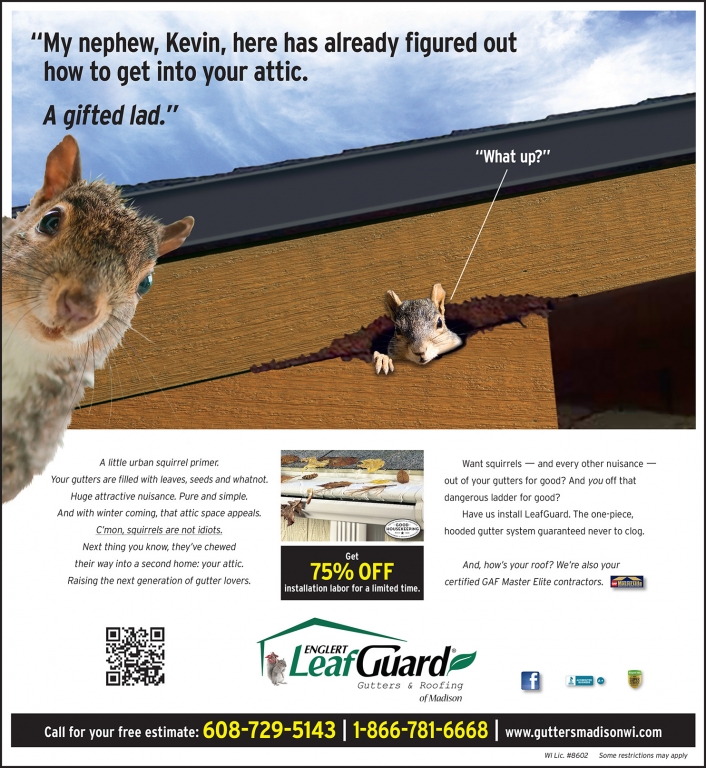 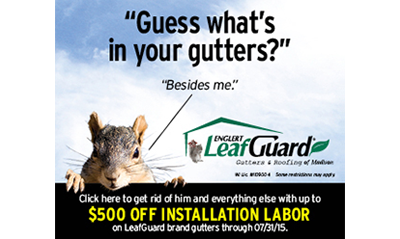 The name LeafGuard is established nationally in the gutter business. Quite the competitive market six years ago, when I was hired by Twin Cities' Midwest LeafGuard. Even more so now, as the home improvement industry continues to expand.

So how to stand out? A concept that features a wry, cranky, urbane squirrel who spends a lot of time on roofs and doesn't want his world messed with.

The squirrel campaign, (complemented with broadcast and digital) has been so successful, I now work with nine markets: Twin Cities, Des Moines, Tulsa, Omaha, Cincinnati, Milwaukee, Madison, Green Bay and Grand Rapids, MI. All have, incrementally, lowered their costs per lead, as well as seen appreciable growth -- some by as much as 30% in a single year.